In a shocking development the President of Madagascar has made a sensational claim that the WHO offered $20m bribe to poison COVID-19 cure. 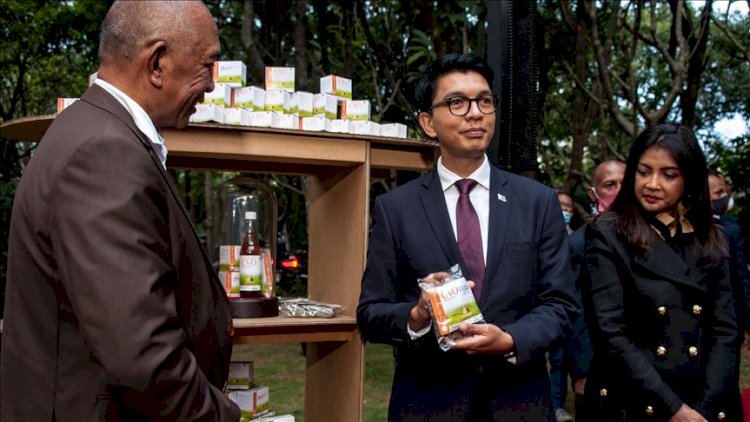 The herbal remedy called COVID-19 Organics made from Artemisia can cure COVID-19 patients within ten days said the President. He also raised the question that if it was a European country that had actually discovered this remedy, would there be so much doubt? 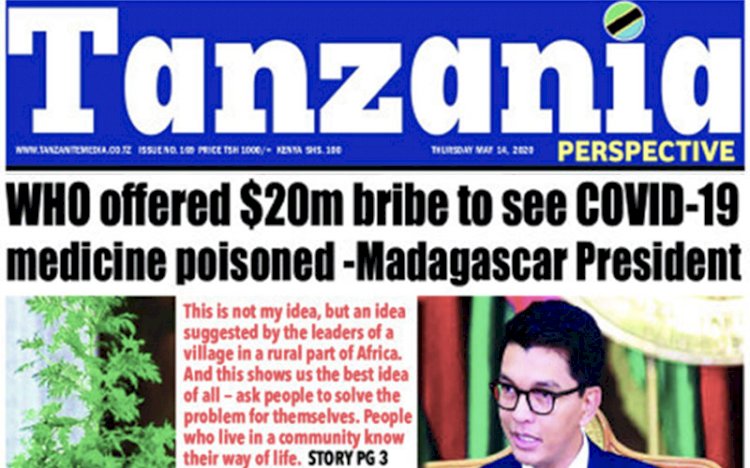 The President of Madagascar Andry Rajoelina has accused the World Health Organisation of a plot to have its COVID-19 Organics, the local African ‘cure’ for the virus poisoned. Rajoelina claims WHO offered a $20 million bribe to poisoned their medicine, Tanzania Perspective reported on the front-page of its 14th May edition.

The President of Madagascar believes the only reason the rest of the world has refused to treat Madagascar’s cure for the coronavirus with urgency and respect is that the remedy comes from Africa. 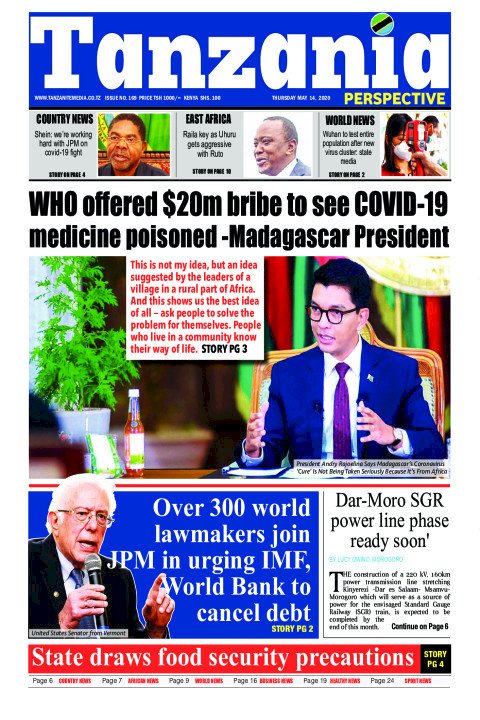 In an interview with French media, President Rajoelina reportedly said he has noticed what he believes stems from usual condescension toward Africans.We need your support to carry on our independent and investigative research based journalism on the external and internal threats facing India. Your contribution however small helps us keep afloat. Kindly consider donating to GreatGameIndia.

“I think the problem is that (the drink) comes from Africa and they can’t admit… that a country like Madagascar… has come up with this formula to save the world.”

“What is the problem with Covid-Organics, really? Could it be that this product comes from Africa? Could it be that it’s not OK for a country like Madagascar, which is the 63rd poorest country in the world… to have come up with (this formula) that can help save the world?”

“If it wasn’t Madagascar, and if it was a European country that had actually discovered this remedy, would there be so much doubt? I don’t think so,” said Africa’s youngest head of state, the President of Madagascar Andry Rajoelina.

The remedy, COVID Organics, is made from Artemisia, a plant imported into Madagascar in the 1970s from China to treat malaria. Artemisia has had proven success against malaria and according to President Rajoelina it can cure COVID-19 patients within ten days.

However, the WHO has criticized such natural therapeutic measures against the coronavirus as blind faith. In response to the skepticism with which the WHO is treating the COVID Organics, Rajoelina said, “No country or organisation will keep us from going forward.”

Efya Reveals Why She Feels Comfortable Working In Nigeria Than Ghana

The Adding of Paracetamol (Panadol) to Beef Stew by Some...