Video: Ginimbi’s Ferrari Overheats As It Was Being Driven To His Farewell Ceremony

A video has been sighted on Instagram which captures the moments a Ferrari belonging to Zimbabwean millionaire, Genius Kadungure, popularly known as Ginimbi has overheated as it was being driven to his farewell ceremony. 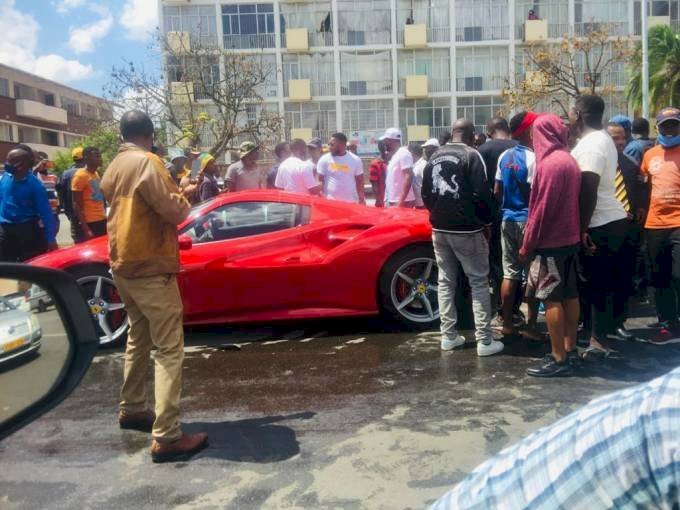 The death of the socialite was announced after he was involved in a gory accident with his Rolls Royce on his way back from the club.

During his farewell ceremony, his Ferrari was being driven by his best friend, DJ Rimo to Doves Funeral Services Parlour where Ginimbi’s memorial service was taking place, all of a sudden, smoke started coming out of the car as its overheats at around midday along Herbert Chitepo Street and 2nd Avenue in Harare CBD, forcing its driver to abandon it there.

However, it was revealed some time ago that Ginimbi bought his own casket weeks before he was involved in the fatal accident.

According to an eyewitness, Ginimbi was still alive when they pulled him out of the car but passed away about 5 minutes later.

Peter and Paul P-Square perform together in Sierra Leone...

“You Will Die Single If You Are Afraid Of Destroying Other...