Twitter has disabled a video by Donald Trump’s campaign team that pays tribute to George Floyd, saying it is the subject of a copyright complaint. 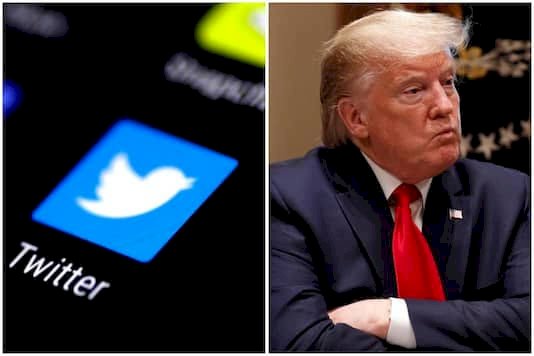 The three-minute 45-second video uploaded on Trump’s YouTube channel was tweeted by his campaign on June 3 and the tribute video was retweeted nearly 7,000 times by people including the US president and his son Donald Jr. 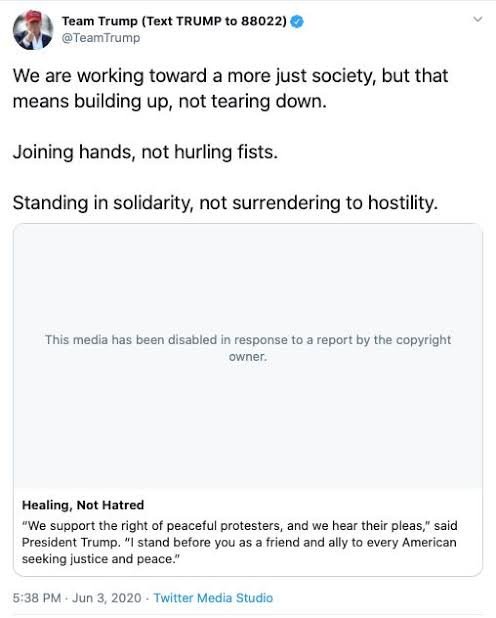 In response to the video’s removal, the Trump campaign accused the social media site and its co-founder, Jack Dorsey, of censoring an “uplifting and unifying message from President Trump” and urged its followers make a separate YouTube video go viral.

Floyd’s death has led to nationwide protests and in the widely circulated video footage of his encounter with White policemen, a white officer was seen kneeling on Floyd’s neck as Floyd gasped for air and repeatedly groaned, “I can’t breathe,” before passing out.

The nearly four-minute clip posted on Wednesday shows images of peaceful protests while Trump speaks of the “grave tragedy” before moving to a warning about violence from “radical leftwing groups” .

Twitter has entered a ‘war like’ mood with Trump after putting a fact check on Trump’s tweet  which made Trump accuse the social media company of bias towards conservative voices or opinions.

Trump responded with an executive order that seeks to narrow social media companies’ protection from liability over the content posted on their platforms.

Lady Eats Her Own Faeces To Survive After Her Boss Locked Her Inside Toilet For...

Incest!Pastor Summoned For Having Sex With His Mother For 19-Years(Video)