This boy’s act warmed the hearts of 1,000 people around the world

In Today’s world, there’s less kindness and trust. In every person who asks for money, people see him/her as an annoying beggar or a skillful thief. But it happens that under their poor clothes there is a kind heart full of compassion and goodness. 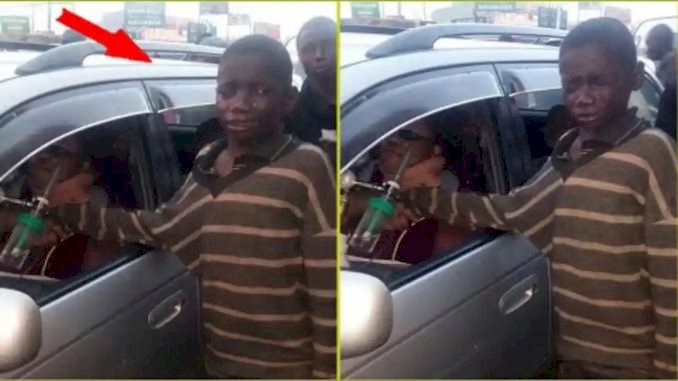 This stunning story took place in the capital of the Republic of Kenya, Africa.

In the City of Nairobi. A Child from the slum, John Thuo like many other poor children came up to cars on the road and asks for alms. He had no relatives and in the streets of the city, he had to survive on his own. Not all drivers reacted kindly but the boy was used to it.

One day, he came up to a car to ask for money as usual but what he saw inside the car just dazzled him. The driver was a woman, she was sitting with numerous tubes attached to her body and they were connected to large cylinders. In the car, there was also a device for an unknown purpose. 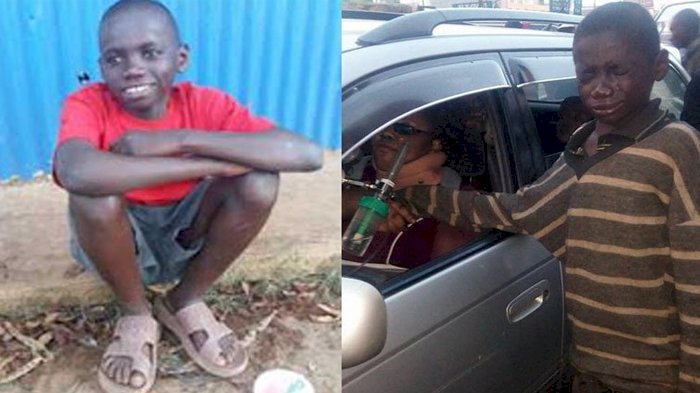 Seeing this terrible unexpected picture, John decided to ask why the woman had these tubes attached to her and why she was carrying huge ballons. The driver was Gladys Kamande, she was having treatments because she had problems with her lungs, to continue living she had to move with oxygen cylinders and a generator all the time.

Outside the car, the woman used a wheelchair to which breathing cylinders were also attached, which allowed her to survive. She told John about everything and showed him all the types of equipment in her car.

The boy was so shocked by her story that he burst into tears. John suddenly realized that there were even more terrible difficulties than his own, after all, nothing else is important than losing one’s health.

He burst into tears at the thought that he could do nothing to help this unhappy woman not knowing what to do he offered Gladys all the coins he had collected during the day.

The boy was aware of the small amount of the money but he really wanted to help in some way. Gladys tries to calm him down by holding his hands, seeing a boy crying by a car, a passer-by came and asked what had happened when he realized what had happened, he took several pictures and posted them on the internet with the story below.

The kindness of this little boy shocked many people and caused a response in their hearts only a few days passed and the image became viral, both on social media and around the world. 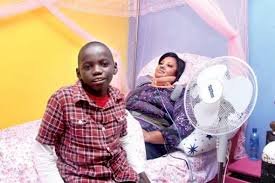 It created a real phenomenon that really changed the lives of the two unhappy people(Gladys and John). Thousands of people were able to collect about $80,000 on the Internet. They helped Gladys go to India for treatment, the woman who was only 32 years old managed to improve her health. 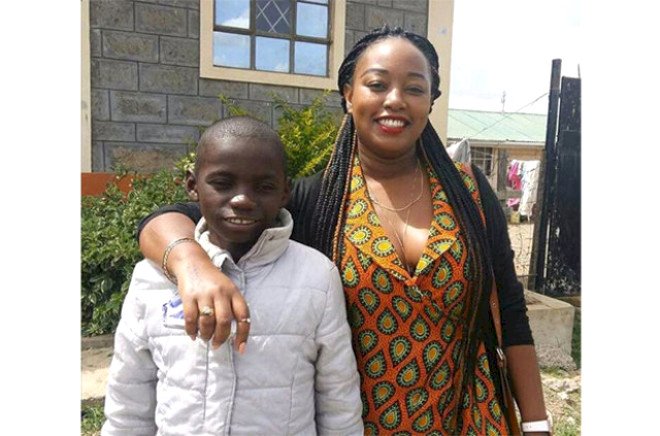 Stormy discussions on social media influenced the faith of John, he was adopted and his new mother was a wonderful and cheerful woman.

She took the boy out of the streets and gave him a home while he studies at school, lives in a good house, and most especially has a loving mother. The sincere act and the sense of responsibility changed John’s life and changed many more people who believed in doing in their ability to do good. Together with people who can make their dreams come true and even help each other to survive.

22 year-old has written a book about teenage pregnancy to help young girls.