The Adding of Paracetamol (Panadol) to Beef Stew by Some Hotels

Paracetamol, also known as acetaminophen, is a medication used to treat pain and fever. It is typically used for mild to moderate pain relief. 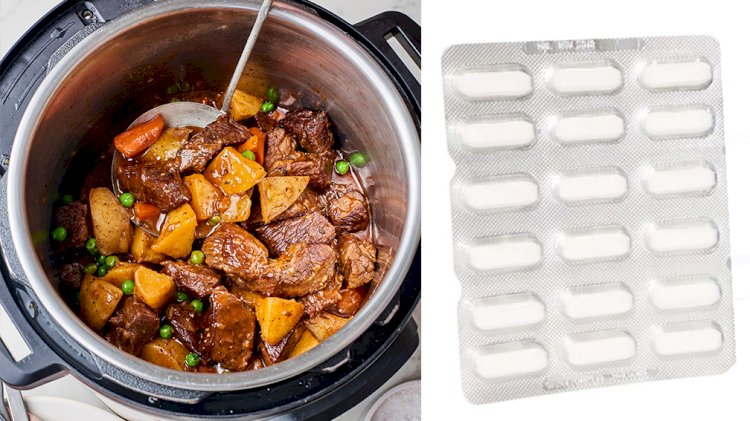 Evidence is mixed for its use to relieve fever in children. It is often sold in combination with other medications, such as in many cold medications. Paracetamol is also used for severe pain, such as cancer pain and pain after surgery, in combination with opioid pain medication.
It is typically used either by mouth or rectally but is also available by injection into a vein. Effects last between two and four hours.
Paracetamol can be safely taken both with food and on an empty stomach. Bioavailability (the percentage of an administered drug that reaches the systemic circulation) is “not different between fasted and fed states.”
However, one review found that taking paracetamol with food may have an effect that “reduces its efficacy for a given dose and increases the likelihood of additional doses or different analgesics being taken.”
Unfortunately, some people had turned this painkiller into a tenderizer they add to food such as beans and beef especially animal hoof while preparing them for human consumption.
The owners of these hotels claim that paracetamol makes the meat and beans softer. They know that people love soft meat and that there are also other people who have teeth problems who like soft meat.
They also claim that paracetamol in food while cooking reduces the duration of cooking and this saves a lot of fuel.
Terrible side effects of cooked paracetamol are: it causes liver problems, kidney failure.
This is because when put in hot water it loses its pain-killing property and becomes very acidic and dangerous for human consumption.

Discovery of a large group of people whose bodies naturally...