Nigeria’s Super Eagles and Sierra Leone played out a goalless draw in their Group L Africa Cup of Nations qualifier at the National Stadium in Freetown on Tuesday. 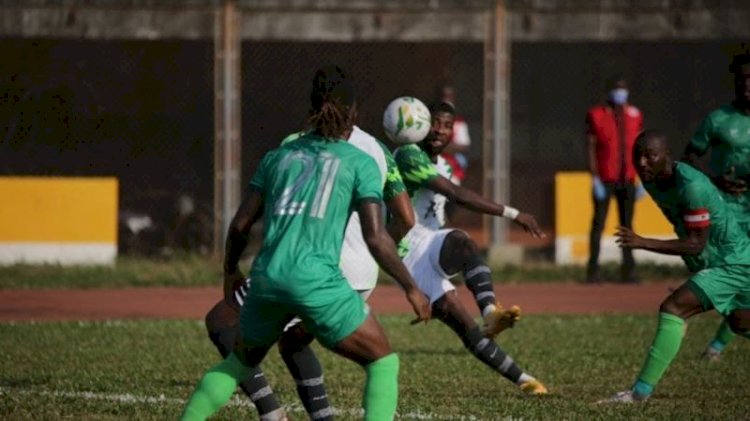 The Leone Stars, who mounted a stunning fightback to draw 4-4 with the Super Eagles last week, put up another gritty display to frustrate their more illustrious opponents and deny them an early ticket to the AFCON finals.

The result leaves the Super Eagles top of the standings on eight points, with Benin (seven), Sierra Leone (three) and Lesotho (two) all still alive as far as qualification for Cameroon 2022 is concerned.

Nigeria offered their first threat at goal in the third minute, with Kelechi Iheanacho shooting on target direct from a free-kick, though his effort was no trouble for Sierra Leone goalkeeper Mohamed Kamara. 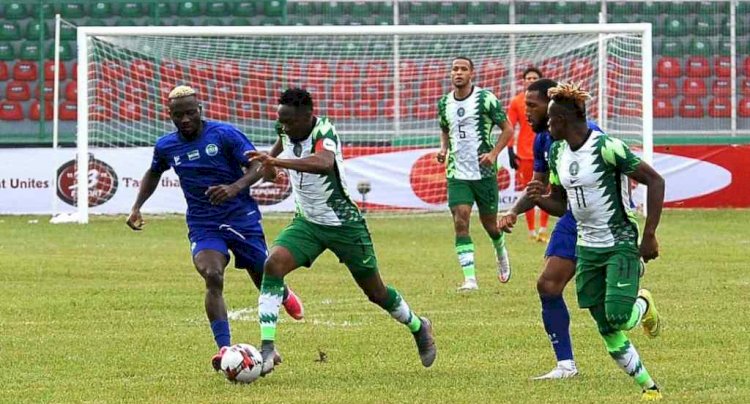 The Super Eagles had another chance on 16 minutes when Samuel Chukwueze curled an effort just wide of the mark before the Leone Stars had their first chance through Alhaji Kamara, who was denied by a fine save from Maduka Okoye.

The visitors suffered an injury blow a few minutes before the interval when midfielder Oghenekaro Etebo limped off and was replaced by Shehu Abdullahi. The half-time whistle saw the teams locked at 0-0 – a far cry from the eight-goal thriller they produced last Friday night.

Nigeria again created the better chances after the restart, with Iheanacho shooting high and wide on 51 minutes after great set-up play from Chukwueze, while the Leicester City striker found the back of the net just after the hour mark but had been flagged offside.

Midway through the second half, the Super Eagles threatened again when Alex Iwobi shot just over from long range, with Gernot Rohr’s team beginning to build some consistent pressure in attack.

However, the hosts’ defense stood firm – with some help from goalkeeper Kamara, who made another fine save on 82 minutes when he parried away Iheanacho’s shot from the edge of the penalty area.

Raul is the youngest hat-trick scorer in Champions League...