A father has berated his daughter after she mistakenly sent love messages to her daddy. 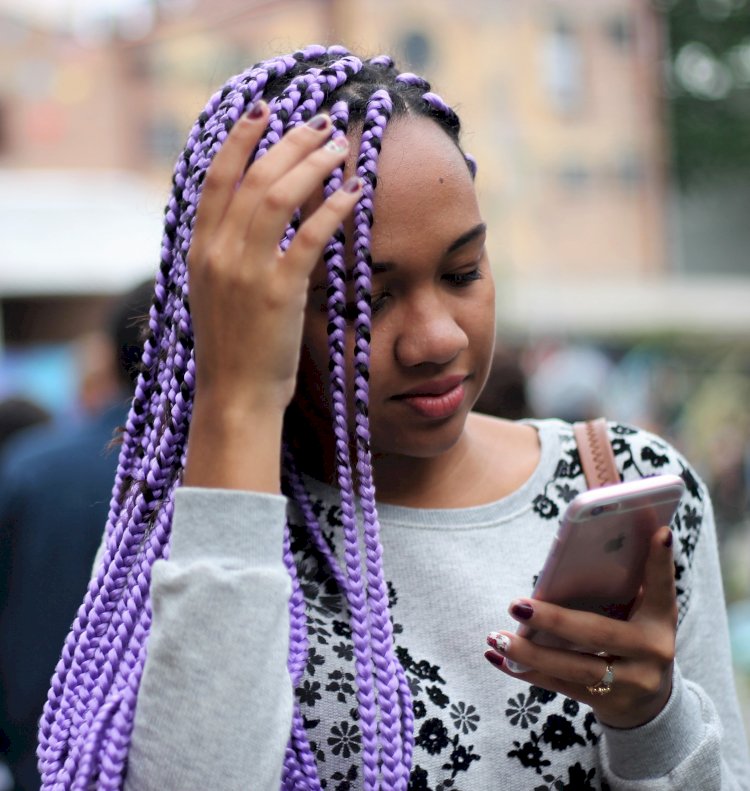 In the WhatsApp chats available to us, the girl mistakenly sent the love messages she was sending to her boyfriend to her dad.

All Hell broke loose after her father replied the message blasting her for sending such sweet words to her so-called soul mate when she is yet to say such words to him for taking care of her for 15 years now.

The father angrily told her daughter never to return to his house again adding that she should move to her soul mate’s house.

Would you have done the same if you were the father? 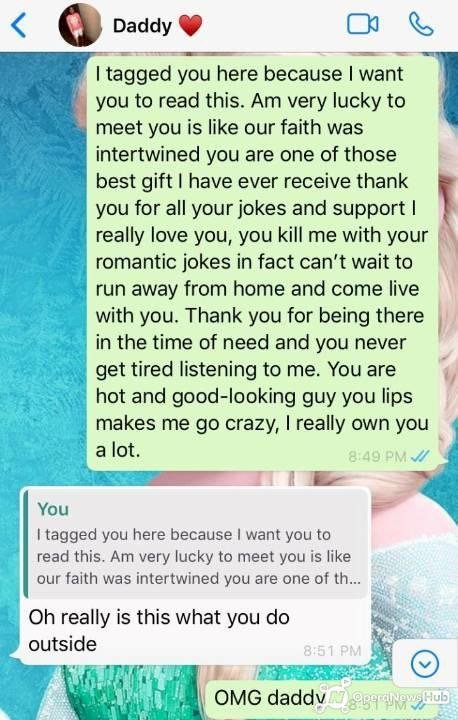 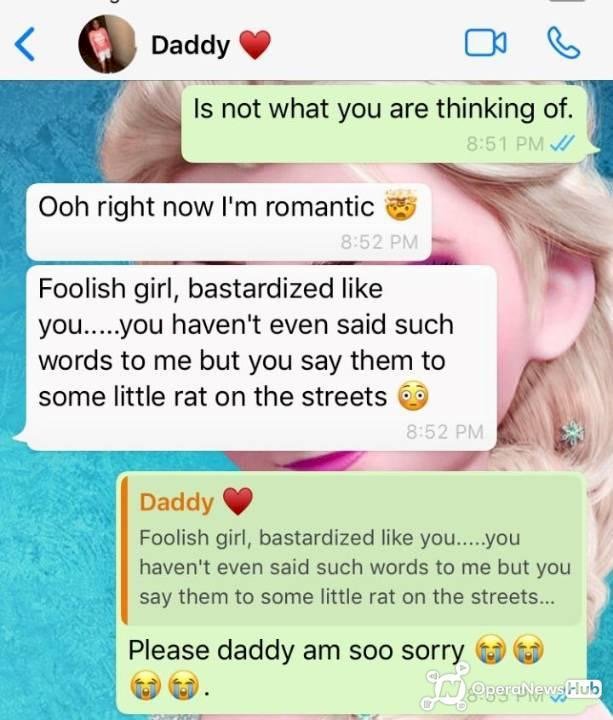 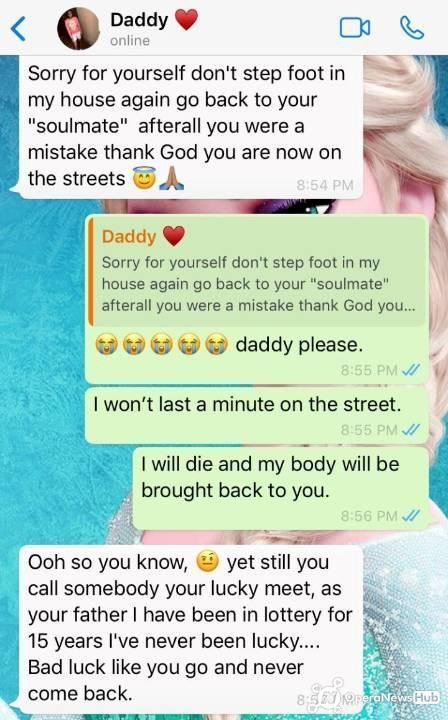 Don’t Date A Girl Who Can’t Pay Her Transport Fare To Come See You – Pretty Lady...

“Does It Mean Shatta Bandle Sperm Is Bigger Than Don Jazzy...