Police go after looters, 483 arrested in Lagos, Plateau, Anambra, others

The police on Sunday ordered their officers and men to go after those who were looting private and government establishments under the guise of #EndSARS protests. 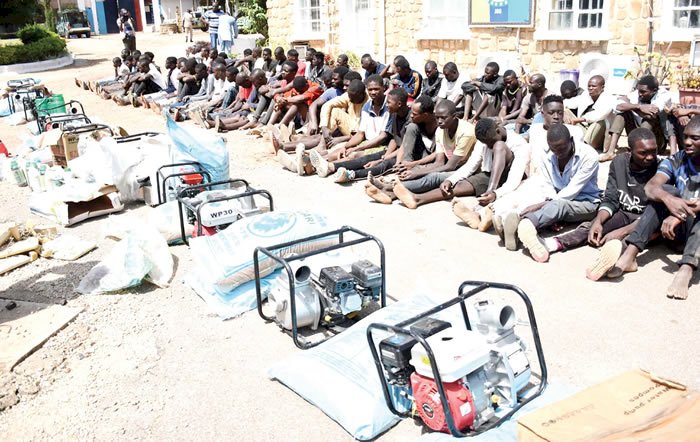 Already, no fewer than 483 suspected looters have been arrested in Lagos,  Akwa Ibom, Osun, Anambra, Kano and Plateau states.

Peaceful protests by youths calling for the scrapping of the Special Anti-Robbery Squad of the Nigeria Police Force turned violent on Tuesday when soldiers shot peaceful protesters in Lekki, Lagos.

Policemen and thugs also attacked protesters across the country. Police stations, government buildings and vehicles have been vandalised  by thugs.

On Friday, the President, Major General Muhammadu Buhari (retd.), said no  fewer than 69 people died in the protests.

Since Thursday last week, looters, have been attacking stores, where COVID-19 palliatives were  kept,  as well as residents of politicians in Oyo, Plateau and Akwa Ibom states. 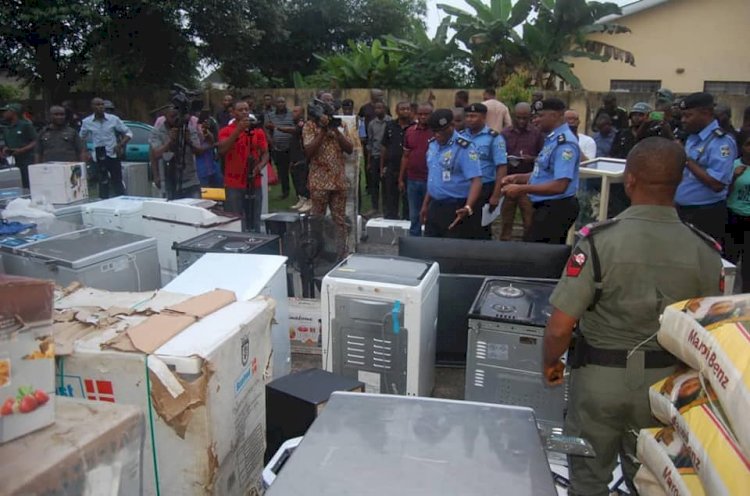 But on Sunday,  the police said they had begun clampdown on the looters.

No fewer than 40 persons have been  arrested in connection with the looting  at the  Sabon Gari area of the Fagge Local Government Area  of Kano State on Tuesday.

The Public Relations Officer of the state Police Command, Abdullahi Haruna, disclosed this in an interview in Kano on Sunday.

He said the looters were apprehended in various parts of Sabon Gari with the exhibits (looted  goods), which were  with the police.

“Over 40 suspects were arrested  and they were apprehended with the exhibits (the goods they stole from their victims).

Recall that some miscreants,  who hijacked the #EndSARS protests, looted the multi-million naira Galaxy Mall at Sabon Gari, Kano on Tuesday.

In Akwa Ibom State, the  Commissioner of Police, Andrew Amiengheme, said that the command had arrested 10 suspected looters and recovered stolen goods estimated at several millions of naira, following Thursday’s looting of private and government establishments in the state

Speaking to one of our correspondents on Sunday,  through the command’s Public Relations Officer, Odiko Macdon, the police commissioner said, “Officers have been mobilised to every nook and cranny of the state” to fish out the looters.

Over 80 suspects arrested in Osun – Police 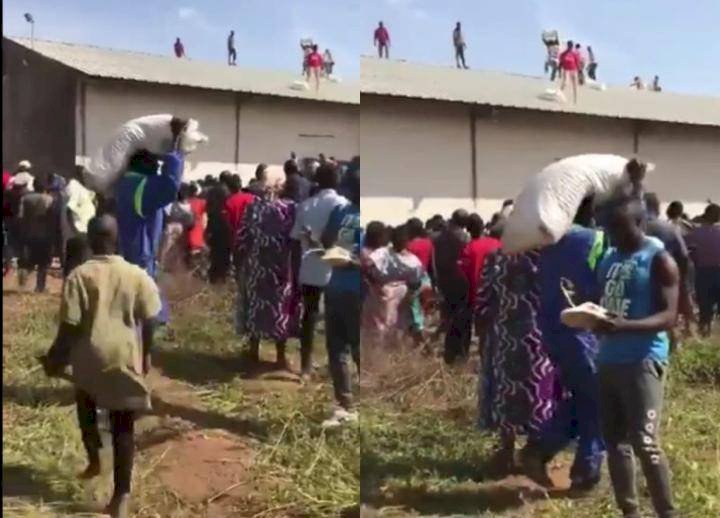 Also, the  Osun State Police Command on Sunday said over 80 suspects had been arrested across the state in connection with the attack and looting of government and many privately-owned establishments in the state.

The spokesperson for the command, Yemisi Opalola,said that the police  had also recovered some of the items looted in some parts of the state on Saturday.

Opalola also said the command had already sent its men after perpetrators of the looting and urged those in custody of the looted items to return them.

“If they fail to do so, we will fish them out. Already, over 80 people are in our custody in connection with the crime. We have also recovered some of the looted items,” Opalola said.

Earlier on Sunday,   no fewer than 30 suspects, who were arrested in connection with the looting of government and some privately owned property in some parts of the state on Saturday,  were paraded.

Some of the suspects were apprehended by youth volunteers in the  Ogo Oluwa area of Osogbo after government had imposed a 24-hour curfew on the state to stem the rising violence.

Showing  the suspects to journalists  on Sunday in Osogbo,  the Special Adviser to Osun State Governor on Security, Abiodun Ige, warned that the government would not condone any act of lawlessness.

She said, “The government condemns looting and destruction of property by hoodlums in some parts of the state. These suspects would be handed over to the police.”

A total of 118 suspected looters have been arrested in Jos, Plateau State. The suspects, it was gathered, were arrested by soldiers  of Operation Safe Haven.

It was further  learnt that the suspects were arrested in different parts of the state for  looting government warehouses and  property belonging to individuals despite the curfew imposed by government.

Commander of the Operation Safe Haven, Major General Chukwuemeka Okonkwo, who paraded the suspects at the command’s headquarters in Jos on Sunday, said the suspects were arrested with items which they looted at the warehouses of the Plateau State Agricultural Development Agency and other   places .

He said “The suspects arrested include 105 males and 13 females. They destroyed the PADP  warehouse and were arrested at Dogon Dutse around Angwan Rukuba. Some of them were also arrested at West of Mines as well as Dogon large at Customs warehouse”.

According to the commander, items recovered from the suspects include fertilisers, pumping machines, agro-chemicals, generators, trailer tubes and farming items.

On his part,  the Police Public Relations Officer in Anambra State, Haruna Mohammed, said six persons had been arrested in the state for looting

On Saturday, hoodlums looted a store where materials meant for flood victims were kept in Awka, the state capital.

In the Federal Capital  Territory, the police  on Sunday deployed a helicopter for aerial surveillance following the looting of warehouses in Abuja.

A few hours after the incident,  a chopper was seen flying over the location and the surrounding areas while additional police men were deployed to ward off the invaders who were undeterred by the volleys of tear gas canisters released by security forces.

This  happened  24 hours after suspected hoodlums were prevented from raiding a warehouse where COVID-19 palliatives were kept at Area 10, Garki.

Armed policemen on guard duty at the Garki warehouse fired gunshots into the air and chased away the youth.

Speaking to The PUNCH on the inability of the police to stop the looting, the FCT Command spokesperson, Mariam Yusuf,  said the police were working to contain  attacks on public and public property using reasonable force.

She explained that the police were handling the lawlessnes with tact to avoid loss of lives and injuries.

She noted that operatives had been deployed to protect public facilities , adding that they were being tactful in handling the situation.

On its part, the Rivers State Police Command called on residents of the state to be more vigilant and look out for criminal elements who were  bent on looting property.

The spokesman for  the command, Nnamdi Omoni, made the call during an interview with one of our correspondents in Port Harcourt on Sunday.

The Lagos State  Police Public Relations Officer, Muyiwa Adejobi, in an interview with The PUNCH, advised residents of the state against buying looted goods.

He said, “Those that might fall victim of buying or receiving stolen goods, they must know that a receiver is liable under the law. If a receiver is buying a product that is cheaper than the real amount at the open market, then he should know it is a stolen item and that is what we call guilty knowledge. If I am to buy a product at the rate of N1m and somebody is telling you to buy it for N50,000, don’t buy such a thing.

“A looter will not sell a stolen product at the actual amount because he/she won’t have a quick buyer. So, because they don’t want to hold the stolen product for long, they will sell at very cheap prices. People must be careful of what they buy. If there is a need for them to buy anything, they should go to the open market or the shopping mall and buy there.

“They should be careful of buying used items because they might likely buy some of the stolen items and they would be arrested as the investigation continues.

But the Lagos State Government had on Saturday said it would prosecute 229 suspected hoodlums, who were arrested for arson and looting last week.