A 49-year-old Nairobi prostitute has finally retired after 22 years of diligent service to her clients estimated to be around 28,000. 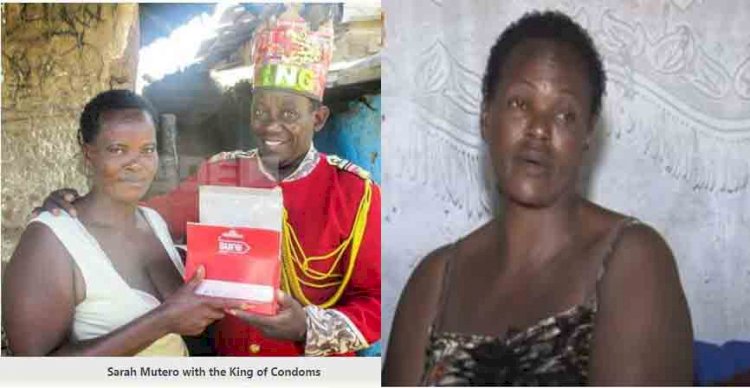 The sex worker identified as Sarah Mutero pulled the curtain to a trade she thrived in for many years. After calling it quits, Mutero received a parcel of land worth Sh120,000 in Makuyu, Murang’a County.

Some well-wishers have also promised to pool funds to build her a house after she ditched the trade.

For 22 years Mutero had been a sex worker, having serviced hundreds of men at her hometown of Embu, Nairobi city center, and in the Majengo area.

She claimed she would service 20 or more men in a day in her younger years. But as age set in, hard economic times and stiff competition she could manage four customers daily. This means an average of 100 per month and for 22 years she took care of over 28,000 men.

“It is not an easy thing to satisfying such a big number of men, some being ruthless, yet we end up poor. We earn peanuts that we can’t even save. Everything I have earned in servicing needy men went to clothes, shelter, and food for my children as well as education,” she said.

In the sex business, pricing is determined by standards and location. In villages, Majengo, and places like that, a session popularly called “shot” goes for Sh100. In the city center, it costs Sh200 and higher in upmarket areas.

In Majengo, sex workers rent mud houses for Sh4,500 per month and have to close business at 11 pm. She was among sellers who spent the night there while others with young children or those whose husbands are not aware of what they do for a living go home early.

In the sex business, she said, some morals are thrown out of the window if one is to make good money.

“If a shot is Sh100 how many men do you have to sleep with to make ends meet? Many. That is why we don’t disregard customers as far as they can pay and are above 18 years. Though I am old, young men prefer me because we treat them well, and if they are beginners we show them how to put on condoms and do enjoyable sex. My clients are aged between 18 and 35 years,” she revealed.

Mutero was among the old sex workers in the city and decided to retire and set a precedent for her workmates, some in their 60s.

“Young women are taking over. I also find it weird when some customers we meet tell me I served them five or ten years ago. They wonder how I am still alive and in the business. I have turned down many asking to marry me, especially after I give them delightful sex,” she said.

“I want to retire and settle down quietly. I am not addicted to a point I will retreat to the streets. No, I just want the quiet life with my children and I am not interested in getting a husband.”

The mother of two sons said that “my children respect me” and I suspect they know I am a sex worker. They have prayed that I shift from what I am doing. I wish my children do not get into this business or seek sex from prostitutes.

The Adding of Paracetamol (Panadol) to Beef Stew by Some Hotels