The country has been raging since the dreaded anti-robbery squad, SARS recently killed over three persons and also launched a series of assaults on Nigerian youths. 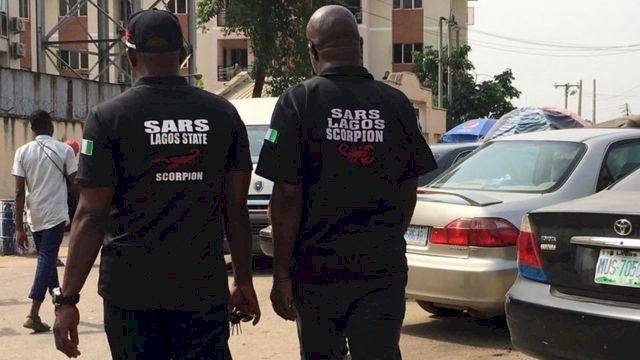 The #EndSARS hashtag is back and this time Nigerians are not taking ‘NO’ for an answer.

Nigerian musicians have also lent their voices to ensure that the government takes decisive action against recalcitrant officers.

In a series of tweets, YBNL boss Olamide wondered why the government had remained silent on the matter after seeing the trending issues.

Falz also said it was time for SARS to leave the roads as they have continually harmed the citizens.

Runtown on the other hand has called for a protest. He will be leading a protest on Thursday, 8th October.

The peaceful protest will hold 10 am at Lekki Phase 1, Toll Gate.

Meanwhile, the Inspector General of Police, Mohammed Adamu, has banned the unit from Nigerian roads.

Also, Vice President Yemi Osinbajo has spoken tough. He said any police officer caught wanting would be dealt with decisively.

See the series of tweets below.

We are sick of having to complain about one police incident or the other. The people that are supposed to be protecting us are harassing us, they are robbing us, they are killing us! These men must get off our streets #EndSars !!!

We are sorry for ruining a portion of your weekend’s entertainment (Big Sister Sierra...

I feel like selling cold water with my University Graduation Gown - lament an unemployed...

Meet The Woman Who Holds The World Record For Sleeping...

Ghanaian actress convicted over the viral nude photo with...