Out of the million ways to express love for your partner, a man has decided to choose a complicated way to show his girlfriend how much he loves her. 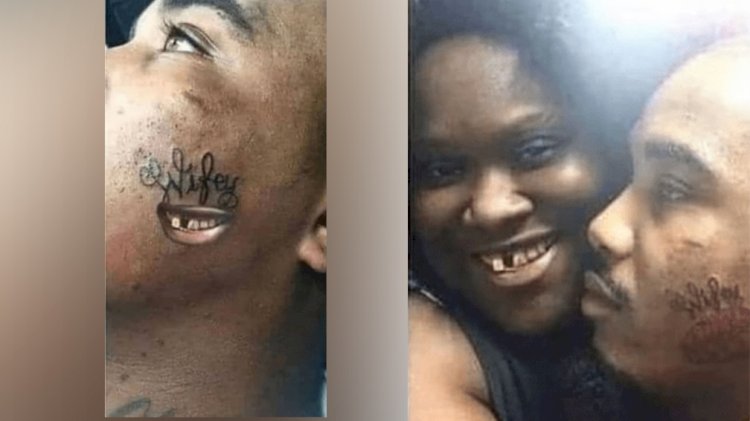 In the photos sighted online, the girlfriend appears to have some problem with her dentition, and to tell her that he loves her no matter her looks, he tattooed her dentition on his cheek.

However, some reactions from social media users indicate that the act was very “stupid” and disgusting.

See the photos below:

Lady Narrates Her Broken Heart Story Of How She Found Out Her Mother Has Been Sleeping...

China Nicky is alive and she’s in Ghana. She went there...