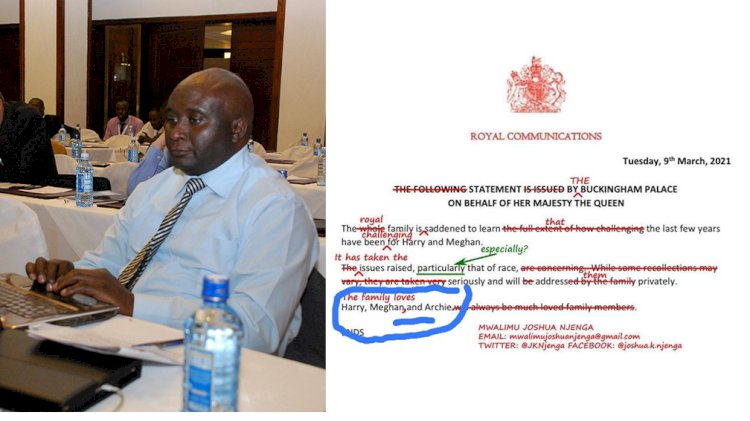 Mwalimu Joshua Njenga has poked holes in the Buckingham Palace statement issued on Tuesday, March 9 with regard to Prince Harry and Meghan's interview with Oprah. 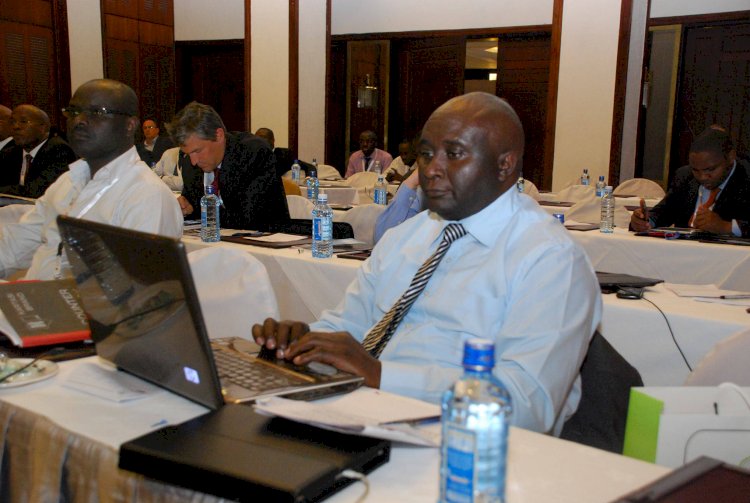 In a post he shared on his Facebook page, Njenga highlighted the 'errors' that were made in the statement, introducing the words he thought would be appropriate.

According to Njenga, the statement was faulty right from the header to its body, pointing out the unnecessary wordiness that had been carried therein. His confidence to challenge the statement has left many tickled, given it was by the perceived owners of the English language.

"Dear Buckingham Palace, In my morning class, we discussed the difference between active and passive writing, and we used your statement for practice. I asked my students to rewrite it using active language. Here is what they did. Have a great day. Mwalimu Joshua Njenga," he said.

Dear Buckingham Palace, In my morning class, we discussed the difference between active and passive writing, and we...

The correction has been received with mixed reactions from social media users with many castigating Mwalimu for being "petty". "You just dumb how can u replace particularly to especially u get the issue with English," Marmah Martey wrote.

"You can't know English then everyone including those you Learned English from. I mean the Englishmen," Abubakar Sadik. reacted. "He's not right entirely. The fact that you want to change it from passive to active and or vice versa doesn't mean you must remove some parts of the statement," Bla Evans opined

Njenga had before now earned recognition after he detected errors in the press release made by Ghana’s President Nana Akuffo Addo regarding the death of Jerry John Rawlings, the country's former president.

We are sorry for ruining a portion of your weekend’s entertainment...