Lawyer Alfred Kamanda wrote this worrisome piece on LAJ's matter with the Police.

While at the said OSD headquarters, I informed the Police officers on duty that I was there to see my Client. I was not even allowed inside the compound for reasons best known to them. 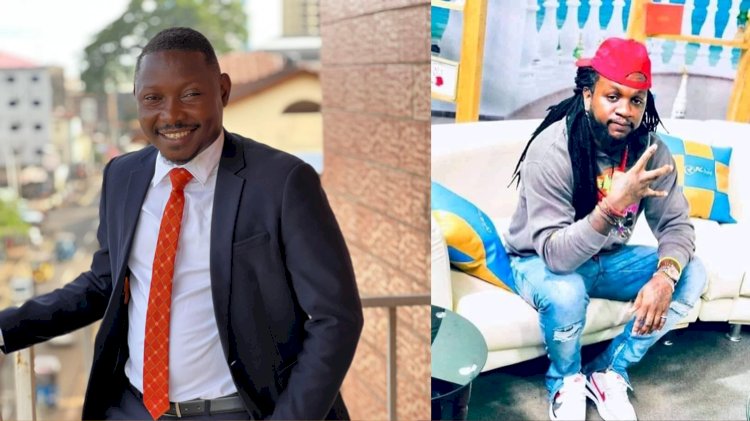 This evening my clerk brought in a piece of paper and when I watched on same I saw “LAJ’s father is here to see you”. I asked him which LAJ and he told me the musician. Off course I know LAJ has a retained lawyer and it’s public knowledge it’s not me. That was my first time meeting the father.

I actually had a Client in but since I was curious to know why the old man was knocking at my door I asked him to come in while the Client agreed to wait outside until I’m done with him.

He looks very tired and anxious! He informed me someone directed him to me as he was looking for what he called ”Human Rights Lawyer”. According to him, his son has been arrested and since his arrest, they have denied him and other family members access. That he was here to see me so that I could help him meet with his son. He was worried and needed to be assured he is alive and doing fine.

I was not prepared to go out in the rain at all but the disposition of the old man gave me courage to move out in the rain to see how I can be of any help. He told me the son is held in a police cell at Benghazi! I don’t know whether Benghazi is the aka or OSD Headquarters is the aka! But in anycase there is an OSD Headquarters at Brookfields and I still want to know why it’s nicknamed Benghazi.

I drove my vehicle to the said Benghazi hoping my presence will create a difference in the life of the old man but unfortunately it created no difference save wasting my hard to get fuel.

While at the said OSD headquarters, I informed the Police officers on duty that I was there to see my Client. All we wanted is meet with him and know how he was doing! In normal societies where the force works for the good of all, this is as easy as drinking beer! But In Salone,  it was as impossible as building the Lungi Bridge . I could still not believe they could not allow me not to talk of his father see LAJ! I was not even allowed inside the compound for reasons best known to them. It’s sad and very worrisome. I am still worried about how powerful we have made certain people in society and others powerless. I am still worried about the application of the tenets of the rule of law In our country. I am still worried about how you and I will be treated if we fall short of the law. I am still worried about my relevance in your life as a lawyer if you are in police net and I am called upon to help how would I help in anyways? In a country like this where you are not sure of seeing your son even with a lawyer around, my bother/sister I’m worried. We cannot continue in this state! It is appalling!!!
Maybe they need continuous human rights training! UNDP Sierra Leone should see how they can help
With more funds to train our Police Force on issues like this. They need to know the suspect has not lost his human rights when detained! He is entitled to sound legal representation. Nobody needs to tell the police that he is entitled to meeting with his legal reps while in their custody.
We did not even go seeking for bail! We went asking for the barest minimum: mek we see the man and know how e day do!
I hope I did not ask for too much: yes I only asked for my good self and his father to see my Client!!! Did I ask for too much? As I write I did not see him nor did his father. Maybe there is still hope..
Which message are you sending?
It’s a shame!!!

Interesting Facts About the Finger Cutting of the Dani Tribe

We are sorry for ruining a portion of your weekend’s entertainment...