A man has written an official letter to his church making a strong demand for the monies he has paid in a form of offering for the 19 years he has been worshipping there. 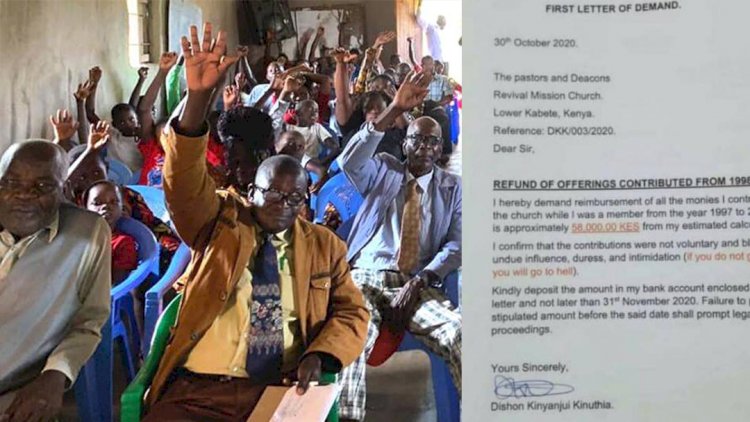 This letter was shared on Twitter by a Kenyan Christian called Dishon Kinyanjui Kinuthia, who strongly warned his church to do the needful or face the consequences.

Dishon worshipped with the  Revival Mission Church, Kabete, in Nairobi, from 1997 to 2018, and has now left the church but believes he did not get the value for his money and is making an estimated demand for 58,000 Kenyan Shilling which is approximately ($532.71).

According to Dishon, the amount is the rough estimation of the money he has given to the church within the 19-year period.  Interestingly, he said the contributions he made to the church were not “voluntary” but was done under “undue influence, duress, and intimidation.”

He asked the church to deposit the money in his account on or before November 31, 2020, or he will drag them to court.

Read the letter below: