Interesting Facts About the Finger Cutting of the Dani Tribe

Finger cutting also referred to as “Ikipalin", was common amongst the Dani tribe in a remote area of Papua, Western New Guinea. The demands of the custom required that once a family member passed away, the closest relative(s)were to cut off their fingers, as a manner of expressing their grief. 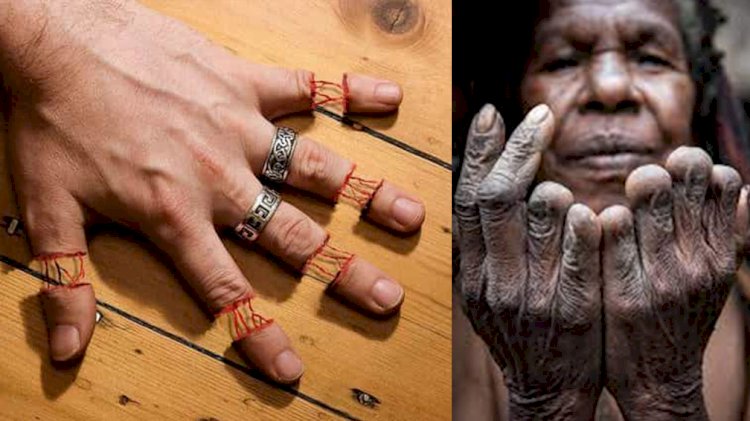 Truly, whenever a loved one died, members of the Dani tribe would remove a portion of their fingers. Sometimes, multiple fingers were also severed as a show of grief while mourning.

For the Dani people, fingers were a symbol of unity and strength. Just as fingers work together irrespective of length, the indigenes compared its functions to those of a close family unit. 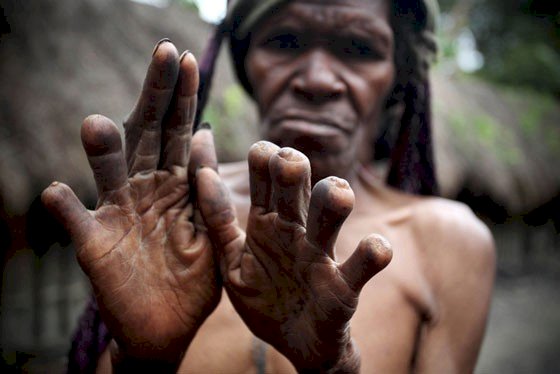 The process starts with the upper half of the fingers being tied for some minutes so that they are completely numb. It is believed that once the finger becomes numb and blood circulation to that area is stopped, less pain is felt during amputation.

As soon as the phalanx is broken and cut, the wound is cleaned so as to prevent infection. What is left of it is a stony fingertip.

The amputated finger is later burnt to ashes and saved in a special pot. Other times, it can be stored in the amputee’s home or somewhere special.

The cutting of fingers was usually done by another immediate family member. Sometimes, it could be the parents or even a sibling.

Apart from the severed finger(s), the participants would also smear their faces with ashes and clay while expressing their deep mystery and sorrow.

Different objects are used to cut the fingers such as machetes, knives, or even axes. In the past, sharpened stone blades were also used to apply blunt force while breaking the phalanx.

Some people even went as far as removing fingers without actually cutting them. They would first weaken their knuckles by chewing them and later tie a rope around them to stop blood circulation. However it happened, the end goal was to deaden the muscle through oxygen deprivation. 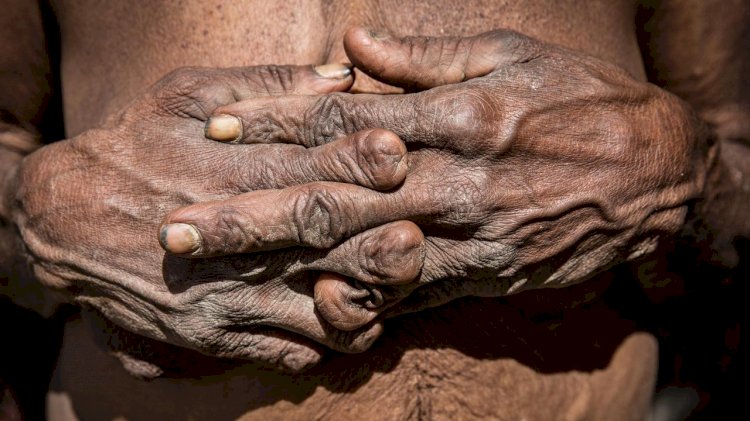 Why cut off a finger?

It is believed that finger cutting was a way to appease and ward off the spirits of the ancestral ghosts that still lingered around the village. Thus in order to keep the spirits away, the fingers were cut as a form of sacrifice.

It was mostly done by women

Although it remains unclear why the custom mainly applied to the women population of the Dani tribe, some older men were also involved in it too.

Once a loved one died, the top joint of the woman’s fingers would be amputated. Sadly, some female babies were also unfortunate victims of this tradition when their mothers cut off their fingers in a similar ritual. The excuse given was that it was a guarantee of longevity for the babies.

Although this bizarre practice has been declared illegal and banned in New Guinea, evidence of the once-existing custom can be seen in older women within the community due to their mutilated fingertips.

Through it all, it is quite disturbing to think that because someone lost a family member to death, they had to lose their knuckles too.

Lawyer Alfred Kamanda wrote this worrisome piece on LAJ's matter with the Police.