Popular Instagram Comedian, Craze Clown had survived a ghastly car accident in the early hours of today… and serving an update, it may seem as though there was a casualty in the car crash. 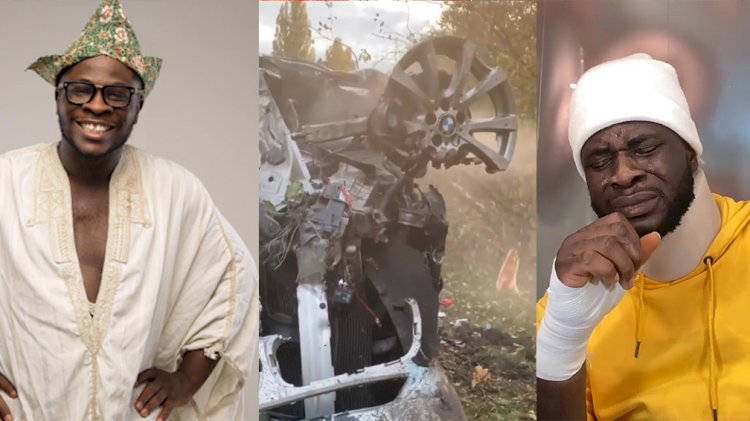 Craze Clown, popularly known as Dr craze has revealed that one person died in the accident.

“Somebody died in this accident, I already accepted my fate but God said No” – Craze Clown breaks down in tears following a car crash

He took to social media to share footage of the destroyed BMW on the side of the road as he tries to remove the remaining valuables.

According to him, the accident happened on his wife’s birthday.

Sharing the video on his Instagram handle, he wrote;

you saved my life on wife’s birthday! will tell the story later! But for now, just help me Thank GOD!

Watch the video's below;