Incest!Pastor Summoned For Having Sex With His Mother For 19-Years(Video)

A 57-year-old pastor identified as Peter Inkoom has been summoned by the chief and elders of Odikro for allegedly sleeping with his biological mother for nineteen good years. 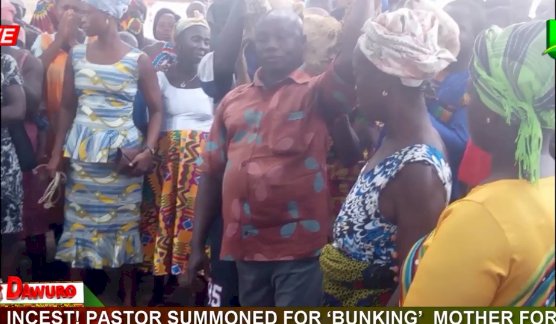 The leading pastor of the African Faith Tabernacle Church has been having sexual relations with his mother after the death of his father who died nineteen years ago.

According to UTV’s reporter in Gomoa Ojobi, Seth Manteng, the mother of the pastor went to him after the death of her husband to seek financial assistance since there was no one else to assist her.

Pastor Peter Inkoom told her mother that he wouldn’t want any other man to have her again so he will replace his father and be with her as her lover if she wants him to help her.

After years of practicing incest, the mother fell ill and she was taken to a spiritual center for healing where it was revealed that the pastor has been sleeping with her for a very long time.

The pastor was then summoned by the elders of the community after his younger sibling reported the case to them.

Watch the video below:

Twitter Disables Trump’s Tribute Video To George Floyd, Then Explains Why After...

10 Reasons Why You Should Visit Sierra Leone