Facebook is planning to rebrand the company with a new name

Facebook is planning to change its company name next week to reflect its focus on building the metaverse, according to a source with direct knowledge of the matter. 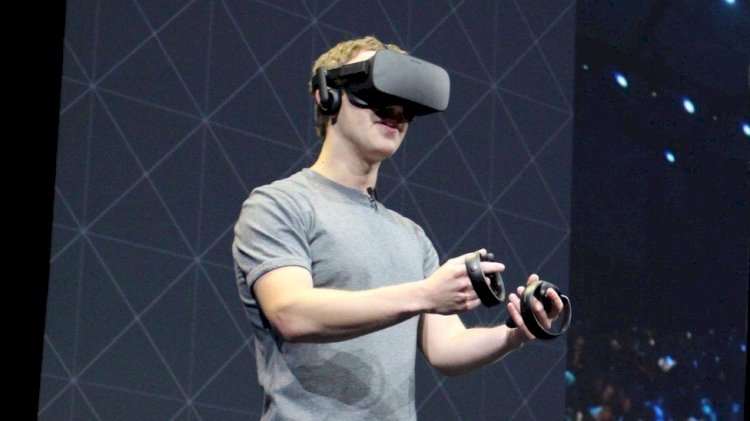 Facebook’s founder and chief executive, Mark Zuckerberg, is preparing to talk about the name change at a company event next week, but it could be unveiled sooner, reported the Verge, a US tech news website.

Facebook (FB) does not comment on rumor or speculation, a company spokesperson said in response to a question about the potential name change.
In addition to its flagship social media network, Facebook also owns Instagram and WhatsApp. A name change could position the three mega-platforms under an umbrella brand, similar to the structure used by Google, which sits under parent company Alphabet.
The Verge reported that the new name for the holding company could be linked to Horizon, a word used in at least two virtual reality products that the company is developing. Zuckerberg launched his company as TheFacebook 17 years ago.
The name change may reflect Facebook's direction. The metaverse refers to efforts to combine virtual and augmented reality technologies in a new online realm.
The idea is to create a space similar to the internet, where users (via digital avatars) can walk around and interact with one another in real-time. In theory, users could sit around a virtual meeting table with remote colleagues, and then walk over to a virtual Starbucks to meet up with a friend.
Facebook announced earlier this week that it would hire 10,000 people in Europe to work on creating the metaverse.
A rebranding could be part of an effort to overhaul Facebook's reputation following a tsunami of bad news linked to misinformation on its platforms, content moderation failures, and revelations about the negative effect its products have on some users' mental health.

Meet Francis Turay, One Of The Nominees For The 50 Most Influential Students Awards...