BbNaija Housemates Praise And Ka3na Satisfy Each Other In Bed, As Ka3na Skillfully Carries Her Bumshorts

bbnaija housemates Praise and Ka3na have shocked many with how they were able to satisfy each other in the bed in the BbNaija house. 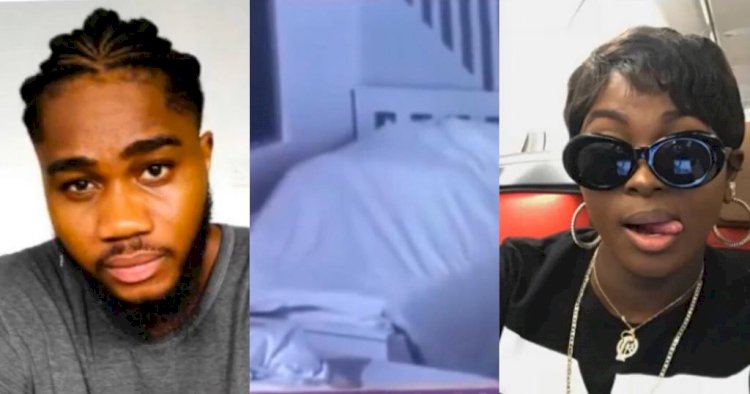 Their move was quite creative, and after the ‘show’, Ka3na skillfully carried her bumshorts which was on the bed into the sheets like nothing had happened.

It is reported that the two have children in real life and are even engaged to people outside the BbNaija house according to a Nigerian blog, Gossip Mill Naija.

Oh wow it went down like that, and see how she pulled her shorts..BbNaija Housemates Praise and Ka3na satisfy Each other in bed... visit www.switafrica.com for more

“I’m still gonna have s*x with mother and daughter together...