Some years back these actors enthralled us by displaying their talents in various roles in Nollywood movies. Unfortunately, they’re no more with us. but to date, some people are not aware that these gallant actors have departed. 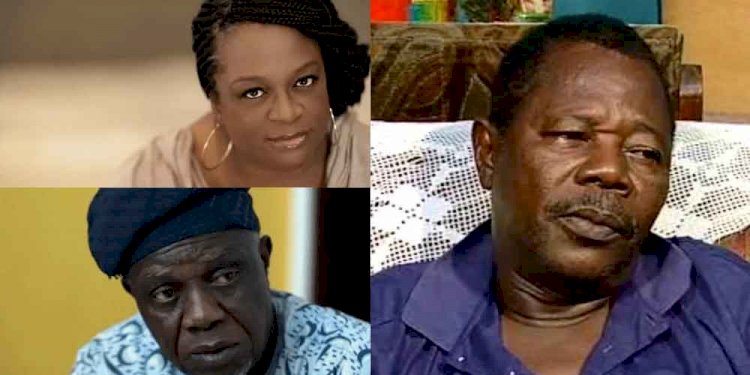 Sam Loco died in August 2011 at age 66. According to reports, he died onset of causes suspected to be asthma.

He died at Lagos hospital in February 2013 at age 70. Reports say he died of complications resulting from diabetics.

He is said to have died of a stroke on December 4th, 2012 at a hospital in India.

He died of a car crash in 2006 while he was returning from late-night shooting.

The actress died at age 56 in 2011 during fibroid operation.

The actor died in November 2012 after one of his legs was amputated. He was 68.

The actor died of Kidney failure in 2015.

He died in April 2011 after a short illness.

He collapsed and died in December 2015 while performing in Abia State.

He died at age 37 during a crossfire between police officials and armed robbers in Delta State.